Here is the link to (WM)² YouTube channel  where the record of the OAL Celebration appears.

The year 2022 marks the 100th birthday of Olga Alexandrovna Ladyzhenskaya.

The Ladyzhenskaya Prize in Mathematical Physics (OAL Prize) was inaugurated in 2022 and awarded to Svetlana Jitomirskaya at the OAL Celebration on July 2.

Tthe film Olga Alexandrovna Ladyzhenskaya by Ekaterina Eremenko was created in 2022 and premieered at the OAL Celebration on July 2. See the trailer here.

Cambridge University Press issued a re-release of Ladyzhenskaya's “Attractors for semigroups and evolution equations"  in May 2022; with a new foreword by Gregory A. Seregin, Steklov Institute of Mathematics, St Petersburg and University of Oxford, Varga K. Kalantarov, Koç University, Istanbul and Sergey V. Zelik, University of Surrey. 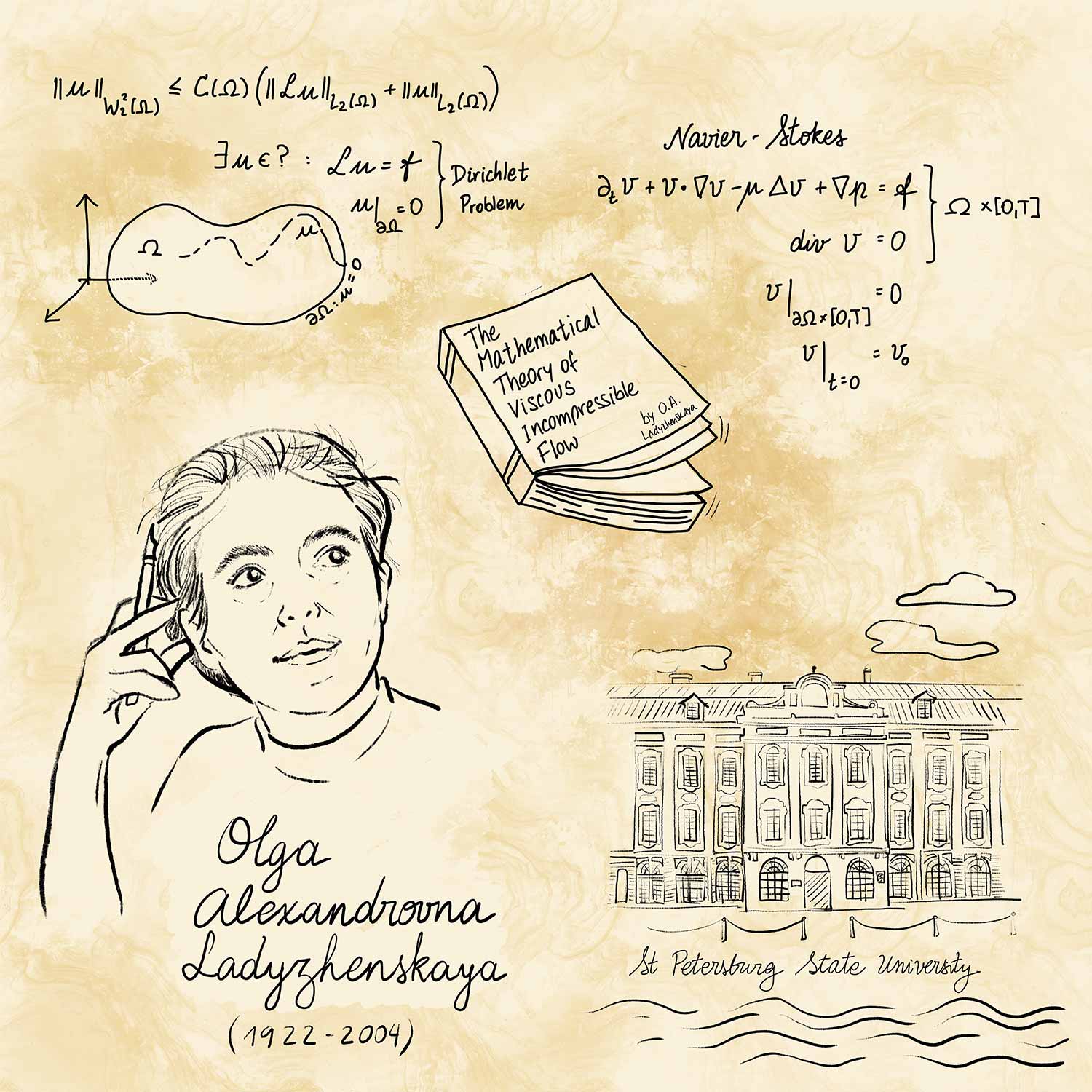