Here is the link to (WM)² YouTube channel  where the record of the OAL Celebration appears.

The inaugural Ladyzhenskaya Prize in Mathematical Physics (OAL Prize) is awarded to Professor Svetlana Jitomirskaya “for her seminal and deep contributions to the spectral theory of almost periodic Schrödinger operators”. The prize, named in honor of the influential mathematician Olga Alexandrovna Ladyzhenskaya (1922-2004), is established in 2022 to mark 100 years from Ladyzhenskaya’s birth. There is no restriction of age or gender associated with the prize; in particular, it can be awarded to men as well as to women. The prize is awarded in 2022 at the OAL Celebration – a joint session of the World Meeting for Women in Mathematics (WM)² and the Probability and Mathematical Physics Conference, both satellite conferences of the virtual International Congress of Mathematicians.

Svetlana Jitomirskaya was born in 1966 in Kharkiv, Ukraine, where both of her parents were professors of mathematics. She studied at the Moscow State University, obtaining a PhD in 1991. From 1991 on, she has held positions at University of California Irvine, rising there to the rank of a Distinguished Professor. In July 2022 she has started as the inaugural Elaine M. Hubbard Chair at the Georgia Institute of Technology. Jitomirskaya was an invited speaker at the 2002 International Congress of Mathematicians in Beijing, and she gives a plenary invited lecture at the 2022 International Congress of Mathematicians. Jitomirskaya has received numerous prizes for her work, including the AMS Ruth Lyttle Satter Prize in 2005 and the APS & AIP Dannie Heineman Prize for Mathematical Physics in 2020. She was elected a member of the American Academy of Arts and Sciences in 2018 and of the US National Academy of Sciences in 2022.

Svetlana Jitomirskaya has in particular solved a number of famous open mathematical problems concerning what is known as the almost Mathieu operator – a prototypical example of an almost periodic Schrödinger operator on a lattice, whose spectrum has intricate features depending on parameters. The prize committee’s citation emphasizes the large impact that Jitomirskaya’s work has had on the research community. Jitomirskaya pioneered the use of non-perturbative methods, starting a new way to approach a field where only KAM-type methods had been used previously. In a 1999 article, she proved that the almost Mathieu operator has a metal-insulator transition at the critical point. Notable problems Jitomirskaya solved with her collaborators include the first general result on the continuity of the Lyapunov exponents with Jean Bourgain in 2002, the celebrated Ten Martini Problem with Artur Avila in 2009, and the universal hierarchical structure of eigenfunctions with Wencai Liu in 2018. 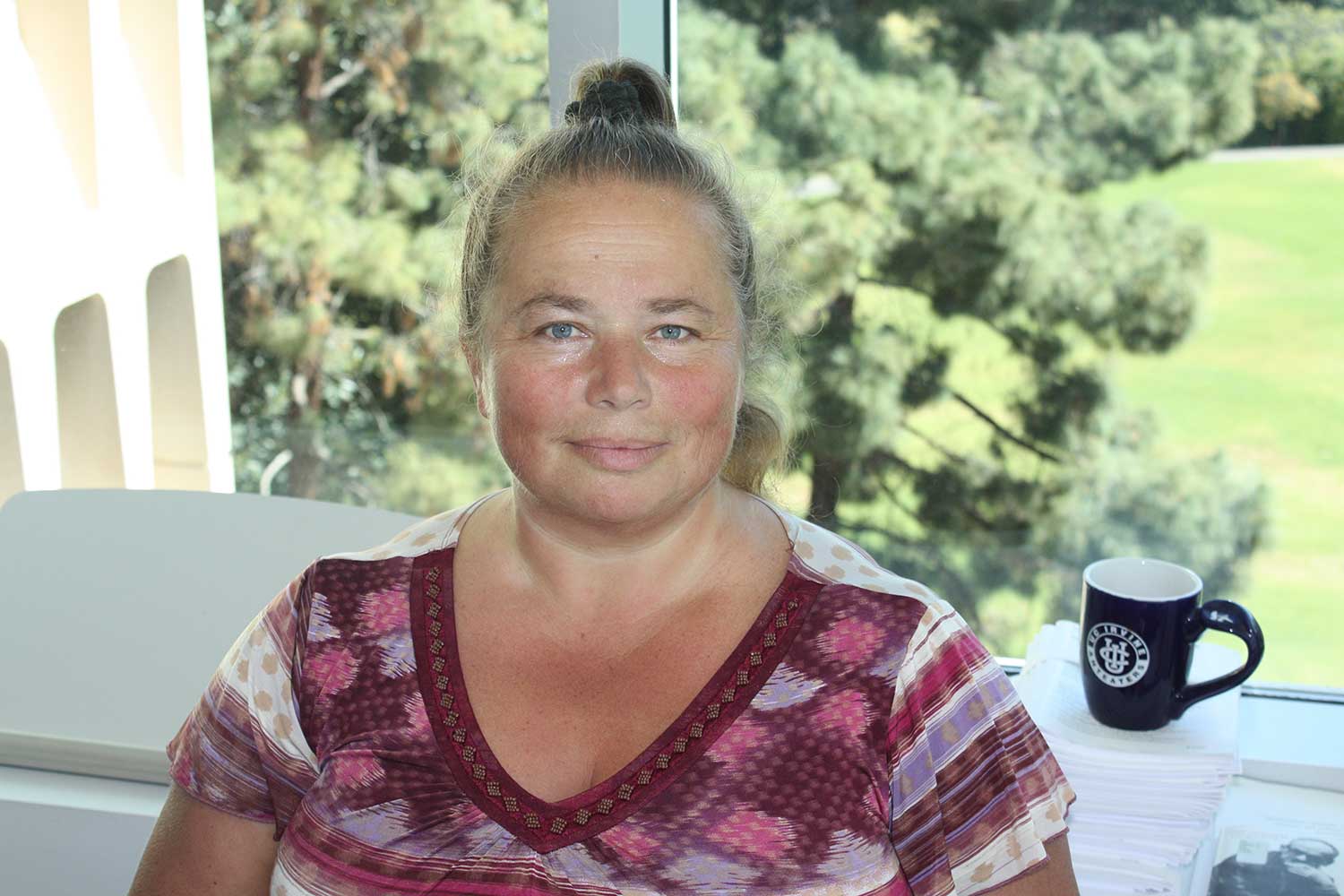 Citation by the prize committee of the OAL Prize 2022
Svetlana Jitomirskaya has made profound, transformative contributions to the spectral theory of almost periodic Schrödinger operators and Jacobi matrices. The prototypical example is the almost Mathieu operator, a three-parameter family of discretized Schrödinger operator on a one-dimensional lattice with an incommensurate periodic potential, of great interest both for mathematicians and physicists. Physically it describes an electron on a two-dimensional lattice in a perpendicular magnetic field. For this model and related almost periodic Schrödinger operators and Jacobi matrices, Jitomirskaya developed new techniques to obtain landmark results on the spectrum, the Lyapunov exponents, and the delicate arithmetic effects at non-Diophantine frequency parameter. She and her work have a big impact on the community, both by drawing senior mathematicians to the field and by raising a new generation of young researchers.

In particular, she established the existence of the metal-insulator transition for the almost Mathieu operator: she proved that as one varies the coupling parameter the spectrum goes from absolutely continuous to pure point, with singular continuous spectrum at the transition point. This was the first non-perturbative results on a problem with small denominators, for which previous results, based on Kolmogorov-Arnold-Moser perturbation theory, applied only for very small or (by duality) very large coupling parameter. With Jean Bourgain, Jitomirskaya proved the first general result on the continuity of the Lyapunov exponents. With Artur Avila, she established a key component in the solution of the celebrated Ten Martini Problem, by showing that the pure point spectrum is a Cantor set. With Igor Krasovsky, she settled the Thouless 1/2-conjecture, by proving that the Hausdorff dimension of the spectrum at critical coupling is at most 1/2 for all irrational values of the frequency parameter.

Information about the prize
The OAL Prize Winner receives a cash award of 10.000 euros. The funding is provided by the Simons Foundation.